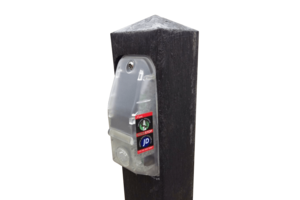 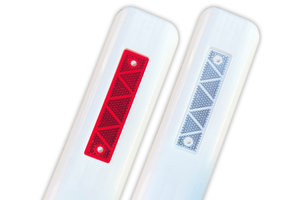 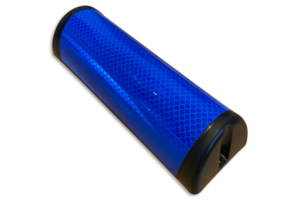 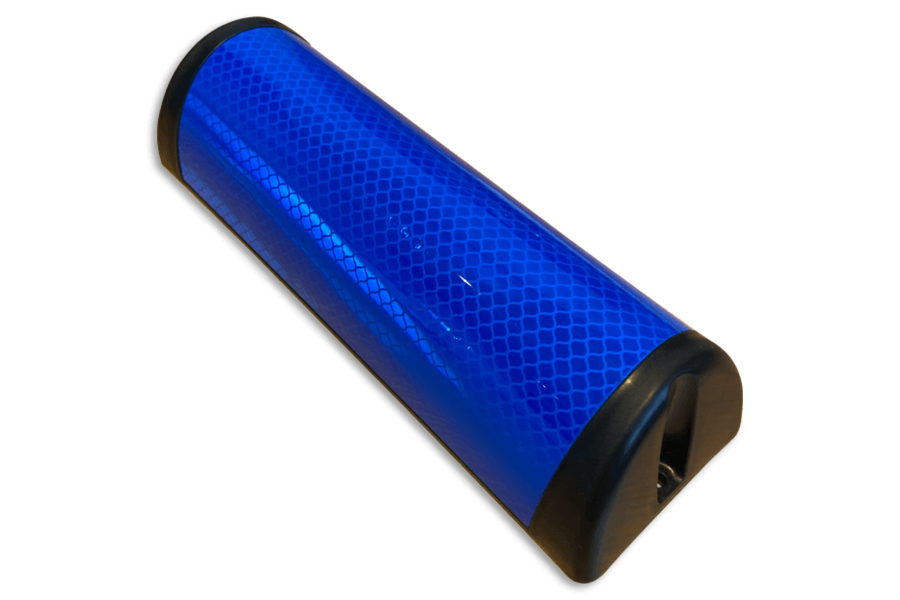 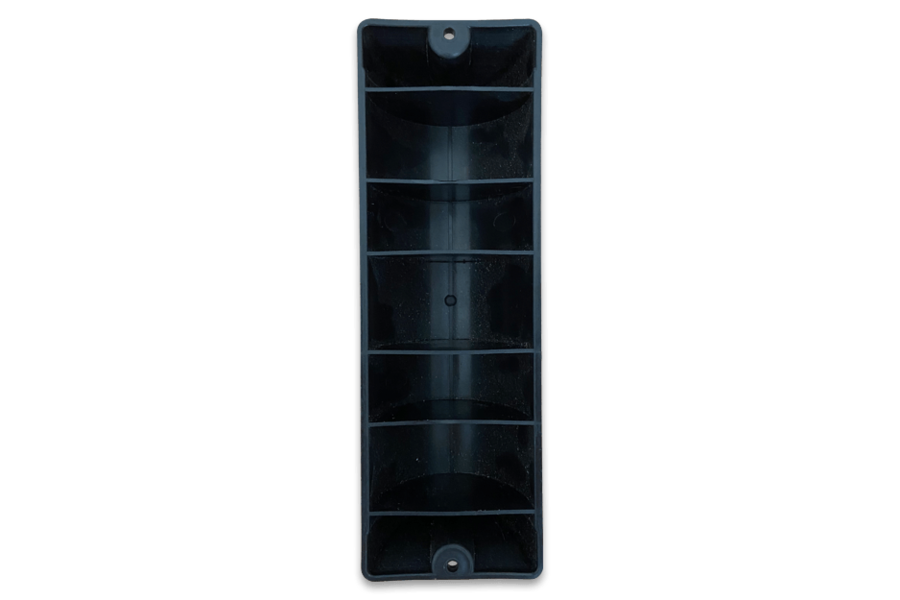 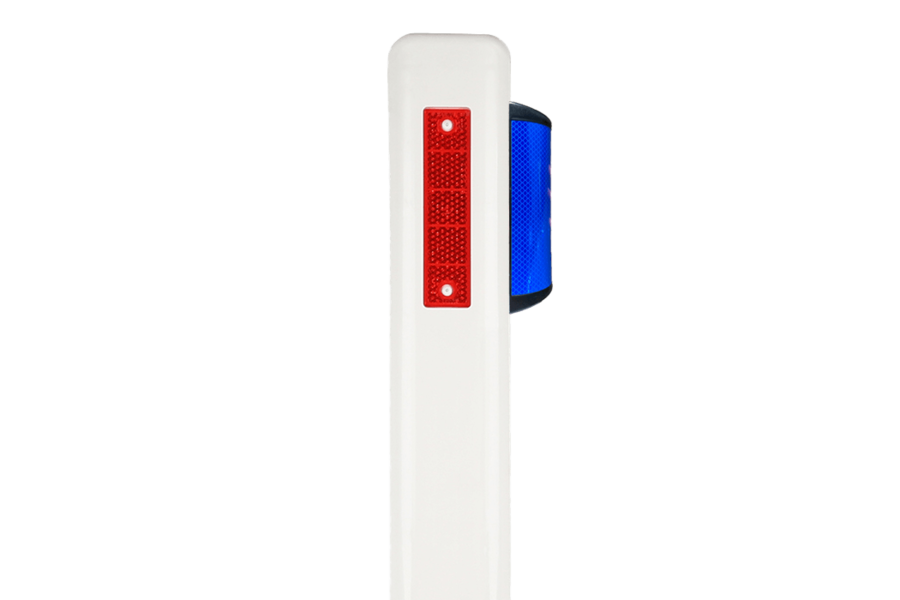 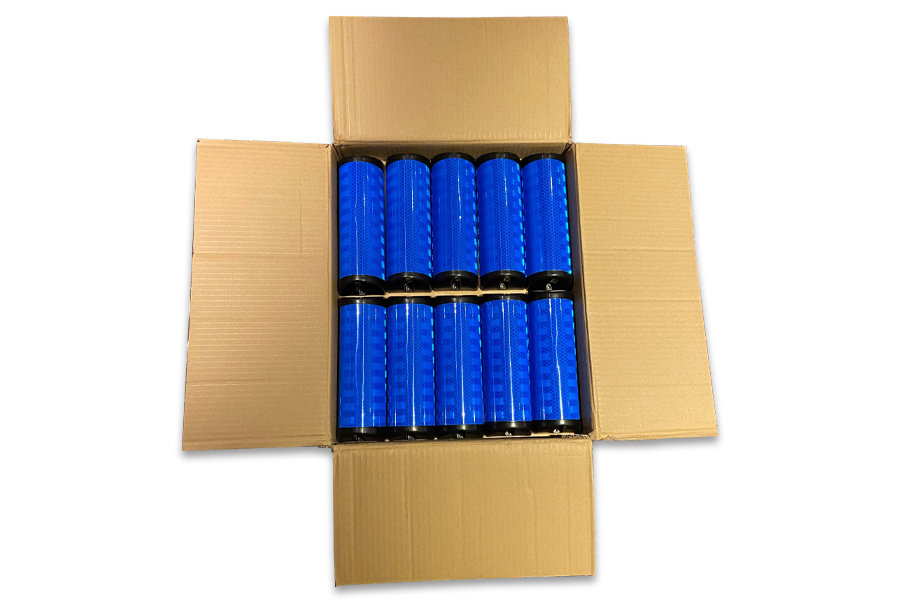 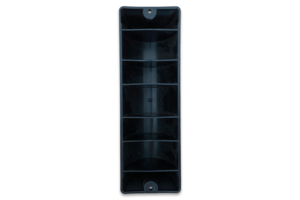 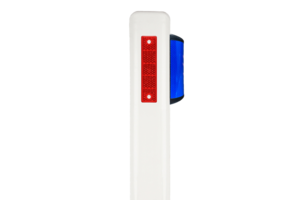 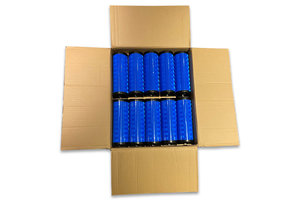 This product is available in the following variants:

The Ellipse reflector is fitted with a microprismatic reflective film (3M Diamond Grade) such as it is known from reflective road signs. With an angle of reflected beam of 1,5˚ the light from the vehicles hitting the film creates a continuous high intensive light fence along the roadside.
The even curve of the carrier material reflects the light in decreasing intensity further tot he side without the whole surrounding area being lightened up unnecessarily.

Wild animals can only see and distinguish green and blue colours, yet the latter right into the UV sector! Red and orange are totally indistinguishable and only seen as different shades of green – which is why, on a hunt, we wear red high visibility clothing. For humans these garments have an
intensive signalling effect, but for animals they just merge with the surroundings. In contrast, blue is a really terrifying colour as it does almost never appear in nature and is felt as strange, i.e. potentially dangerous. A number of scientific papers about how annimals see colours have been published in Europe and the USA.

The ellipse shape has to do with the animals vision of motion. Herbivores in particular have their eyes on both sides of their heads in order to avoid enemies. They don’t see very clearly, but they react very sensitively to any kind of movement (as hunters know from experience!) The ellipse shape of the reflector in combination with the cars constantly changing angle of light impact simulates movement as in a hologram.

The evoluation of more than 200 questionnaires concerning areas where ellipse reflectors have been installed for more than 2 years shows a decline in nocturnal road accidents with roe deer by 73%.

On the basis of present experience there is no danger of habituation as, on the one hand, the color blue will always remain strange tot he animal, signifying danger, and on the other hand there are new generations growing up all the time (the average life expectancy of roe deer, for example, is about 3 years as o lot of them will be shot while being young).